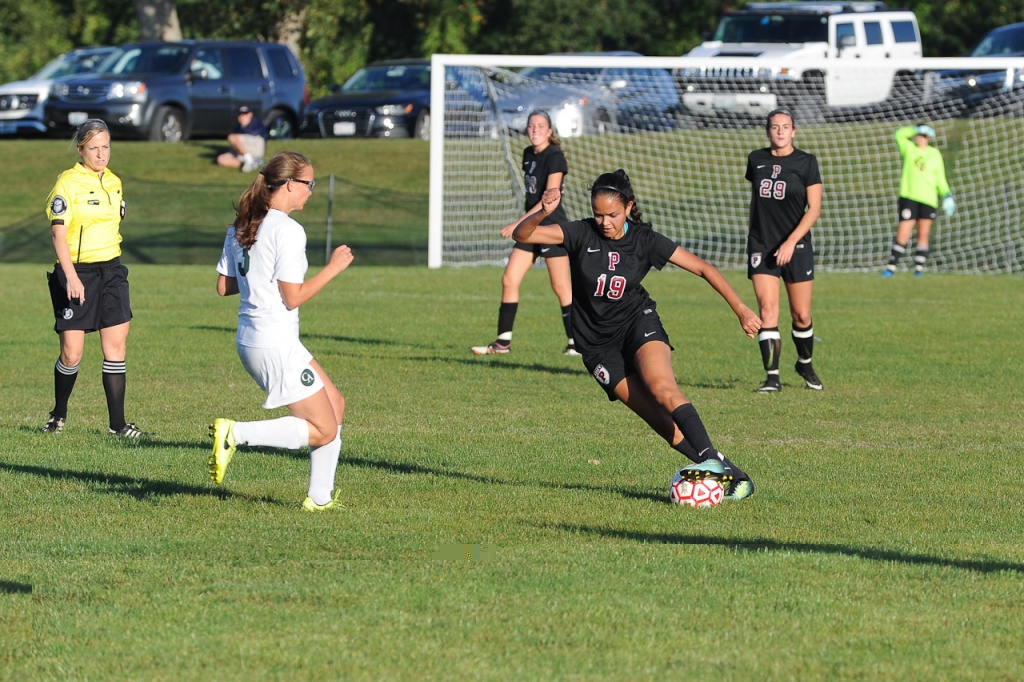 The Portsmouth Abbey Girls' Soccer program believes in providing a challenging and educational experience both on and off the soccer field. Soccer players are expected to strive to reach their very best academically, socially, and athletically. Along with the varsity program, we offer a highly demanding junior varsity program, where less experienced players come to learn and appreciate the necessity of individually skilled and aggressive play, with emphasize on teamwork and respect for the opponent, officials, fans, and the game.

Dr. Stephen Zins is in his fourth year as head of the Girls’ Varsity Soccer program at Portsmouth Abbey. He previously coached the Boys' JVA soccer team. Dr. Zins is a native Rhode Islander who grew up in the local rec and travel leagues. He played high school soccer at LaSalle Academy in Providence under Mario Pereira and contributed to a state championship and number 12 national ranking. He has developed his coaching acumen by attending local soccer camps and working with their coaches. He teaches AP Biology as well as regular biology and chemistry, and he lives in St. Martin's House as Head Houseparent.