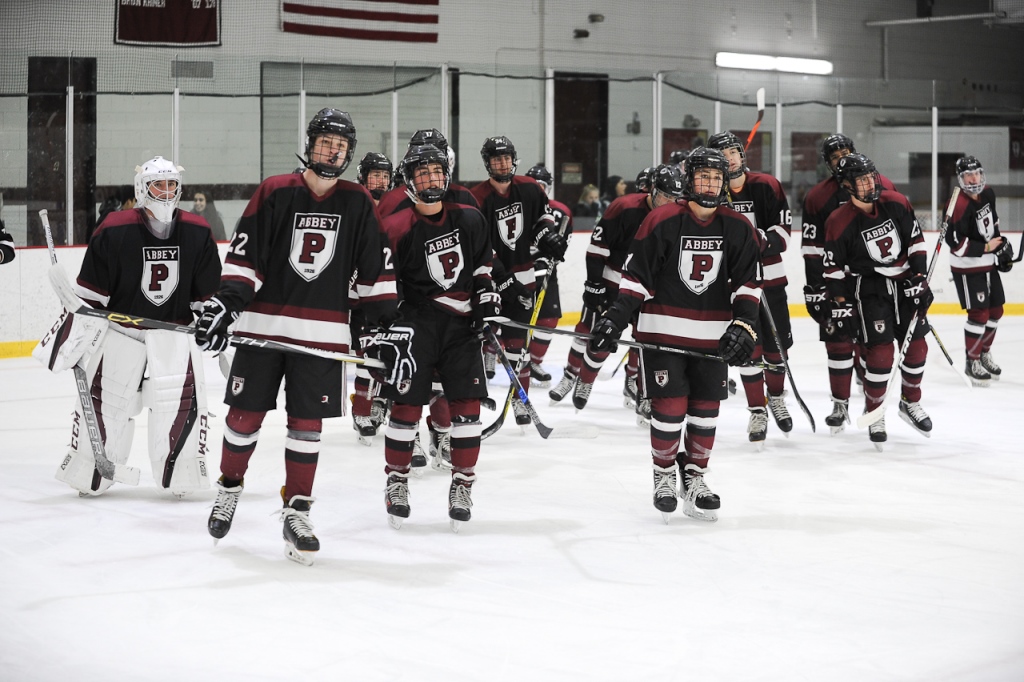 The boys' hockey program at Portsmouth Abbey encourages students to reach their potential in the classroom and in the rink. Players are challenged to become better puck handlers, improve their tactical knowledge, and set individual goals to be team players. Practices are fast-paced and include many transitional drills and situations. Coaches believe in a style of play based on sound defensive principles and a quick transition offense. The coaches also encourage players to participate in other sports, which helps to develop their overall athleticism. The program also fosters a healthy respect for coaches, officials, opponents, and the game itself.

Coach Skelley graduated from Phillips Exeter Academy in 1999, where he was a member of two New England Championship teams in both hockey and baseball and won the Athlete of the Year Award.After Exeter he attended St. Lawrence University where he earned an undergraduate degree in Economics and a master’s degree in Educational Administration.While at St. Lawrence Skelley was a member of the men’s hockey team all four years and won two ECAC Championships.During his senior season he won the Terry Slater Award for Perseverance.After graduating from St. Lawrence, Skelley began his career in Independent schools at Holderness School in Plymouth, NH.Throughout his time at Holderness he held many different roles. Skelley worked in the Admission Office, was the Assistant Dean of Students, taught Algebra, was a dorm parent/advisor and coached football, hockey and baseball. Skelley lives on campus with his wife Stefanie and 2 year old son, Fitzy.