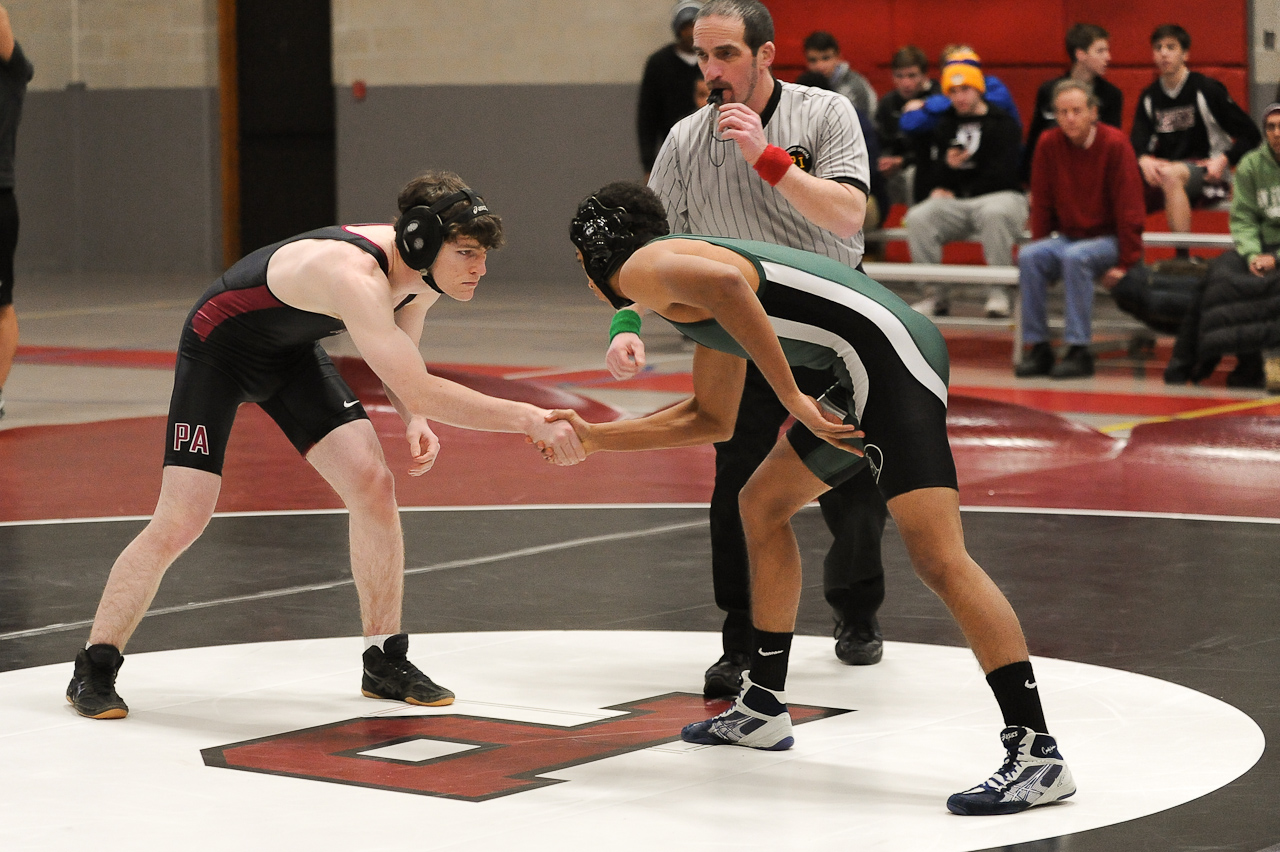 The wrestling program encourages students to reach their potential in the classroom as well as on the mats, and fosters a healthy respect for coaches, officials, opponents, and the game itself. Because wrestling demands an individual commitment to hard, physical work, we train our athletes in both physical and mental aspects of the game.

Coach Mike McLarney joined the Portsmouth Abbey coaching staff in 2012 and is took the reins as Head Coach in 2014. Coach McLarney was a New England Champion wrestler in both high school and college and has been coaching at the high school and collegiate levels since 1977. He is a bronze level coach with USA Wrestling and in addition to coaching has been very active as a wrestling official since 1979, also at both high school and collegiate levels. Coach McLarney brings a wealth of knowledge to the Portsmouth Abbey wrestling program and places importance in striving for the growth and success of his wrestlers and teams. In the past he has coached soccer and baseball and continues on as an umpire in baseball. Coach McLarney lives in Newport with his wife Cheryl and takes great pride in his three children, their spouses, and his three grandchildren.