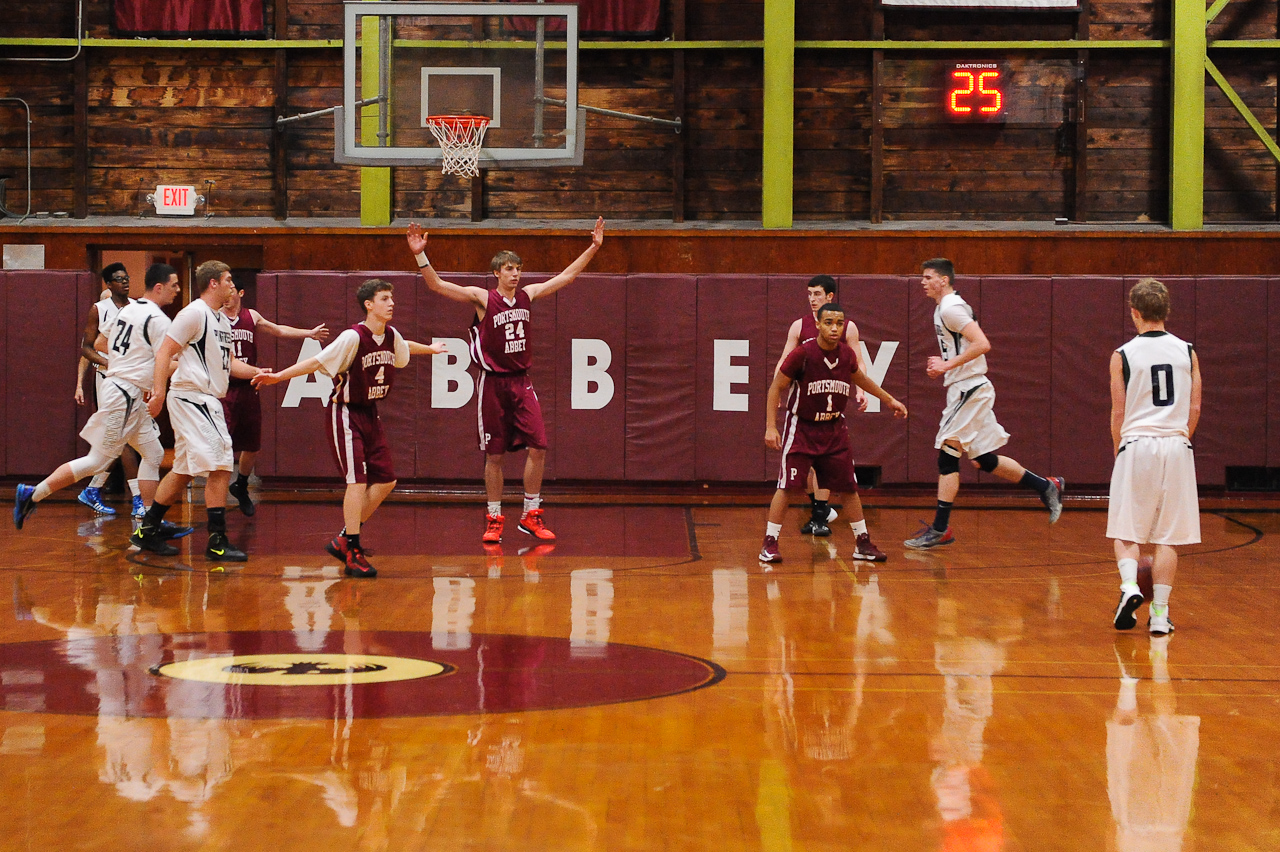 The Portsmouth Abbey Basketball program believes in providing a challenging and educational experience both on and off the court. Basketball players are expected to strive to reach their very best academically, socially and athletically. Our coaching staff believes in a smart, aggressive brand of basketball that honors the game with strong defense and a quick-paced offense. Practices emphasize working together to win as a team with respect for the opponent, officials, fans, and the game. The team plays its home games in front of passionate fans in a "Hoosiers"-style gym on campus.