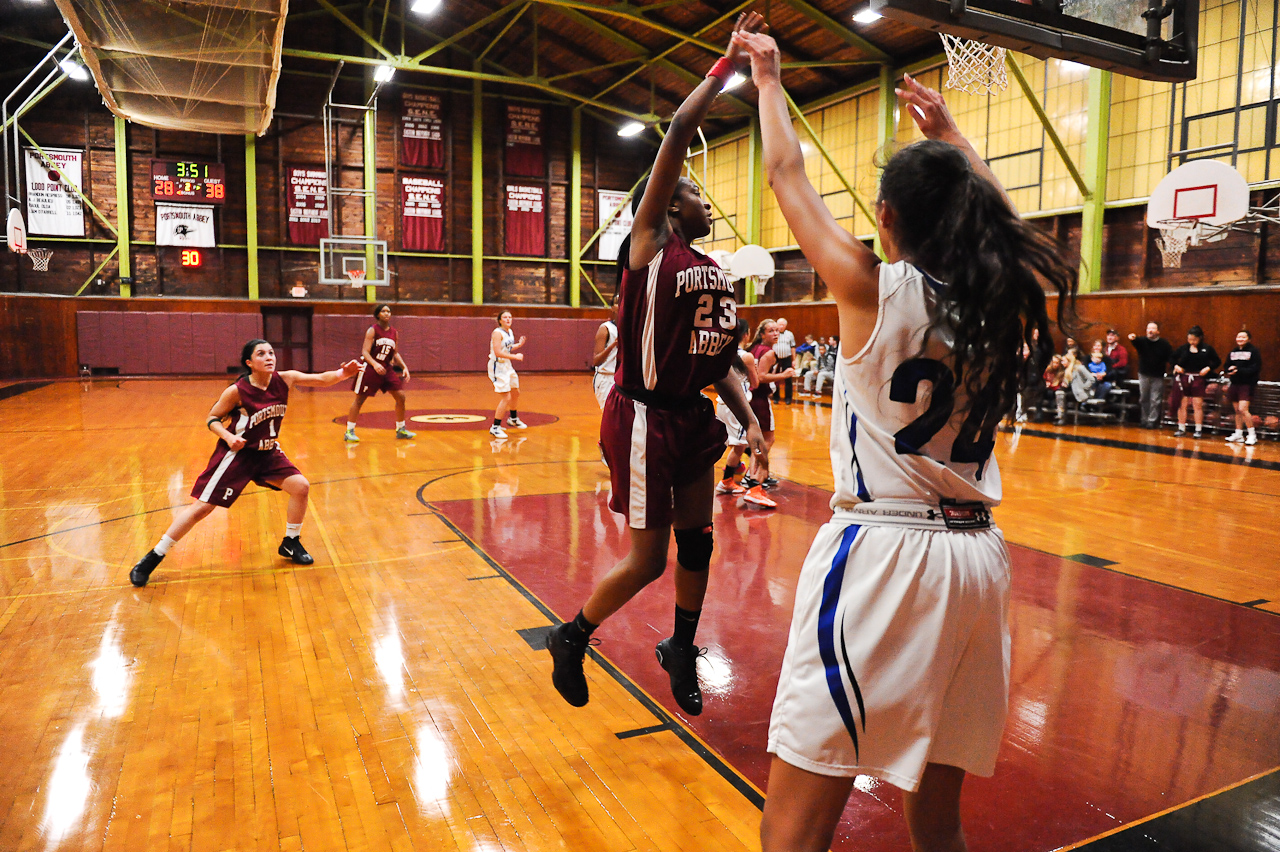 The girls' basketball program at Portsmouth Abbey encourages students to reach their full potential both on and off the court. Players are challenged to improve their individual ball handling skills, shooting, defense and rebounding in order to improve as a team and attain team goals set throughout the season. The girls' basketball program includes both a junior varsity and varsity level, allowing ample practice time to thoroughly prepare for each contest. Team play is stressed in all aspects with a particular emphasis on team defense, forcing our opponents to earn every point they score.

“Coach D” joins the math faculty in 2018-19, but he is no stranger to boarding school or coaching. Over three decades, he has directed both boys and girls basketball and soccer programs, amassing nearly 400 wins in thirty-seven seasons as a head varsity coach. DiBiase coached the Western Reserve Academy girls basketball squad from 2002 to 2011, most notably running off a 28-game home win streak over three seasons.  He also coached the girls soccer team from 2002 to 2014, earning numerous league titles and two Ohio top ten state rankings.  Prior to Western Reserve Academy, DiBiase headed both boys and girls teams at Blair Academy and The Gunnery School.  For six seasons at Blair, he was the assistant boys basketball coach on a team that produced three NBA players and a bounty of top collegiate talent. DiBiase also holds an M.S. in Sport Science and Coaching from the University of Akron.