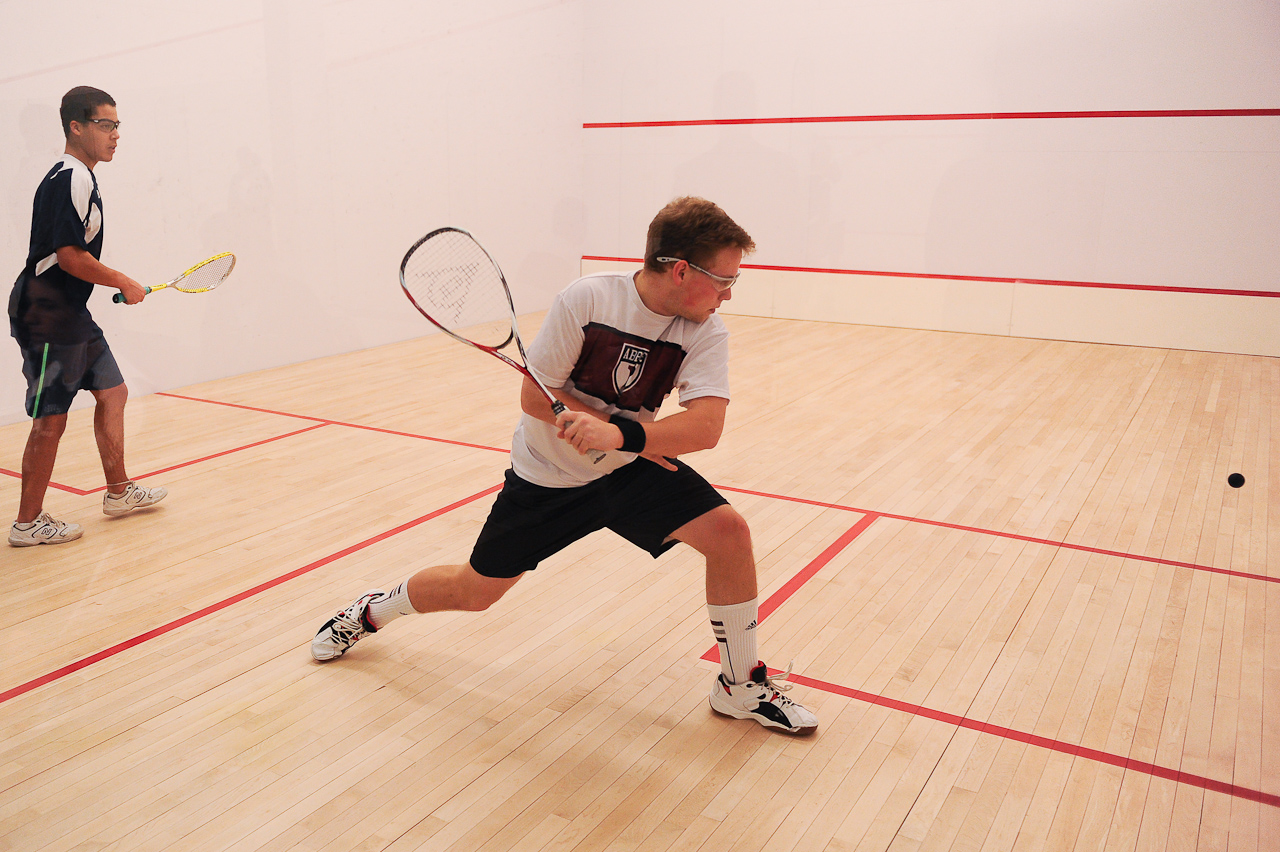 The varsity squash program at Portsmouth Abbey School encourages students to reach their potential in the classroom as well as on the squash court, and fosters a healthy respect for coaches, officials, opponents, and the game itself. Because squash demands both team stability and an individual commitment to hard, physical work, we train our athletes in both physical and mental aspects of the game. Practices are fast-paced and include many fitness, conditioning, and technical drills. We also encourage players to develop their overall athleticism by participating in other sports.

Our squash team competes with traditional New England Squash teams such as Tabor Academy, St. George's, Milton, Noble and Greenough and Concord Academy. Each year the team participates in the two-day New England Championship Tournament. Squash players compete in our Squash & Fitness facility that has eight international courts and a comprehensive fitness facility for conditioning.

Coach Wayne Turner has a full season of coaching squash under his belt, as well as six seasons of coaching boys' tennis. The squash team captured Eastern Independent League Championships in 2015, 2016, and 2017. In 2014 and 2013 the team finished in second place in league play, falling in their last match of each season. The Ravens' overall league record is 40 wins with just four losses. The 2017 team was represented by eight Sixth Form student-athletes who competed for a third consecutive championship in their last year at Portsmouth Abbey.

Prior to joining Portsmouth Abbey, Coach Turner worked with programs at several Rhode Island schools, including Providence College, where his team captured a New England Championship in 2004. Turner is also the Director of Professional Coaching Certification in New England with the United States Professional Tennis Association (USPTA). He has been named Tester of the Year four times since 2000. In addition to playing intercollegiate tennis, Coach Turner has represented New England nationally at the 5.0 level in USTA competition and has privately coached R.I. State High School Champions in both singles and doubles. Coach Turner resides in Jamestown, RI.