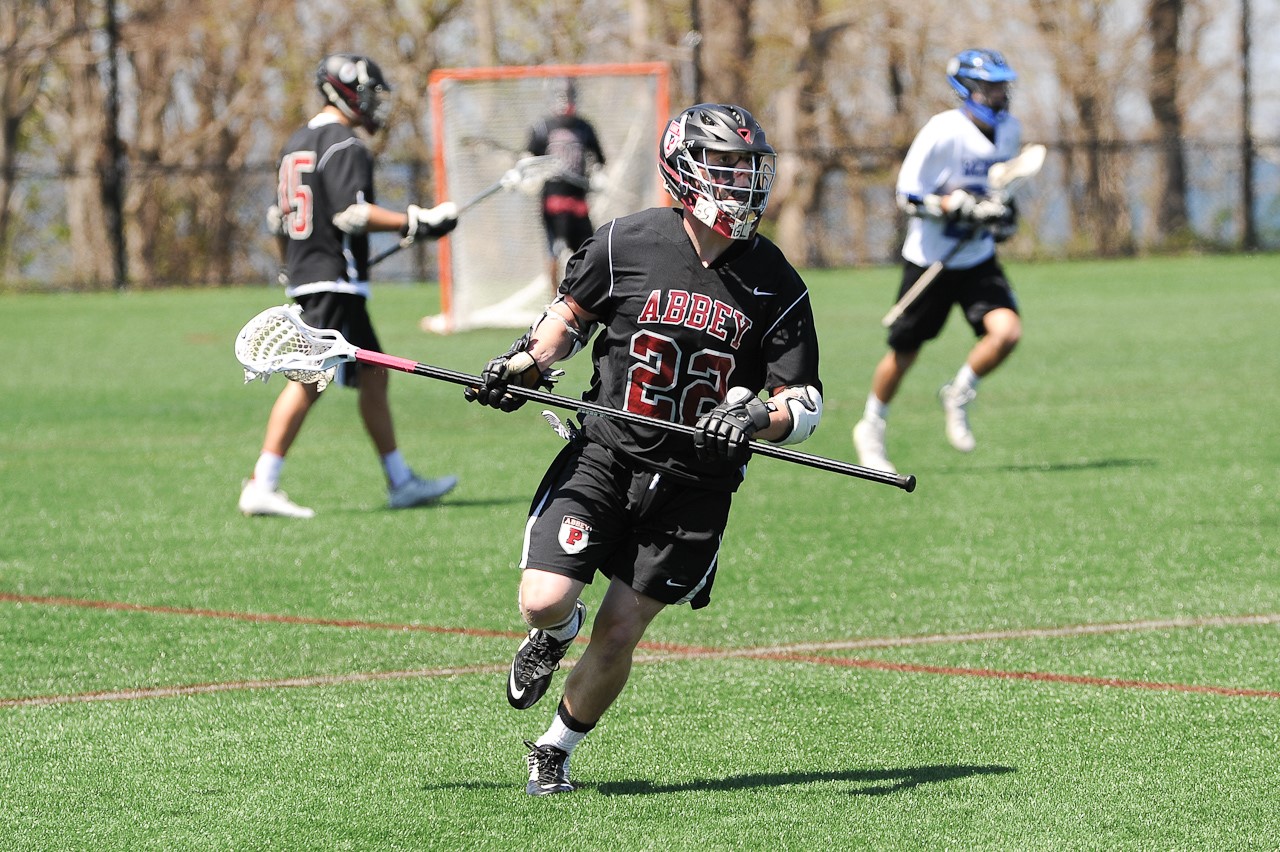 As one of the first schools to offer boys' lacrosse in Rhode Island, Portsmouth Abbey has been fielding competitive lacrosse teams for over 40 years. The varsity and JV teams provide over 55 boys the opportunity to develop their abilities at an appropriate level.

Spring Trip
For five days during spring break, the team travels to Baltimore, MD to practice at Johns Hopkins University, and scrimmage with local Baltimore and Washington, DC prep schools.

Coaching Philosophy
The boys' lacrosse program at Portsmouth Abbey encourages students to reach their potential in the classroom and on the lacrosse field. Players are challenged to become better stick handlers, improve their tactical knowledge, set individual goals and to be team players. Our practices are fast-paced and include many transitional drills and situations.

Coach Al Brown came to Portsmouth Abbey in 2000, bringing with him a wealth of experience in coaching. He has a combined 39 years of coaching experience at the collegiate and high school levels. At the collegiate level, Coach Brown was named the NCAA Division III Coach of the Year and since joining the Portsmouth Abbey community has earned multiple recognitions as Coach of the Year by both US Lacrosse and the EIL. He has been the Head Coach of nine high school lacrosse league championship teams and four collegiate league championship teams. Coach Brown was also the Assistant Coach of the ECAC Upstate Football Championship team while at Alfred. As a student-athlete, he was a two-time collegiate All American in lacrosse and captained the team in his senior season. He played football and lacrosse in both high school and college. In addition to being the Head Coach of both Varsity Football and Varsity Boys’ Lacrosse here at Portsmouth Abbey, Coach Brown is the school’s Athletic Director. He lives in a house on campus with his wife Linda and enjoys visits from his three grown children- Jennifer, Meagan, and Taylor.