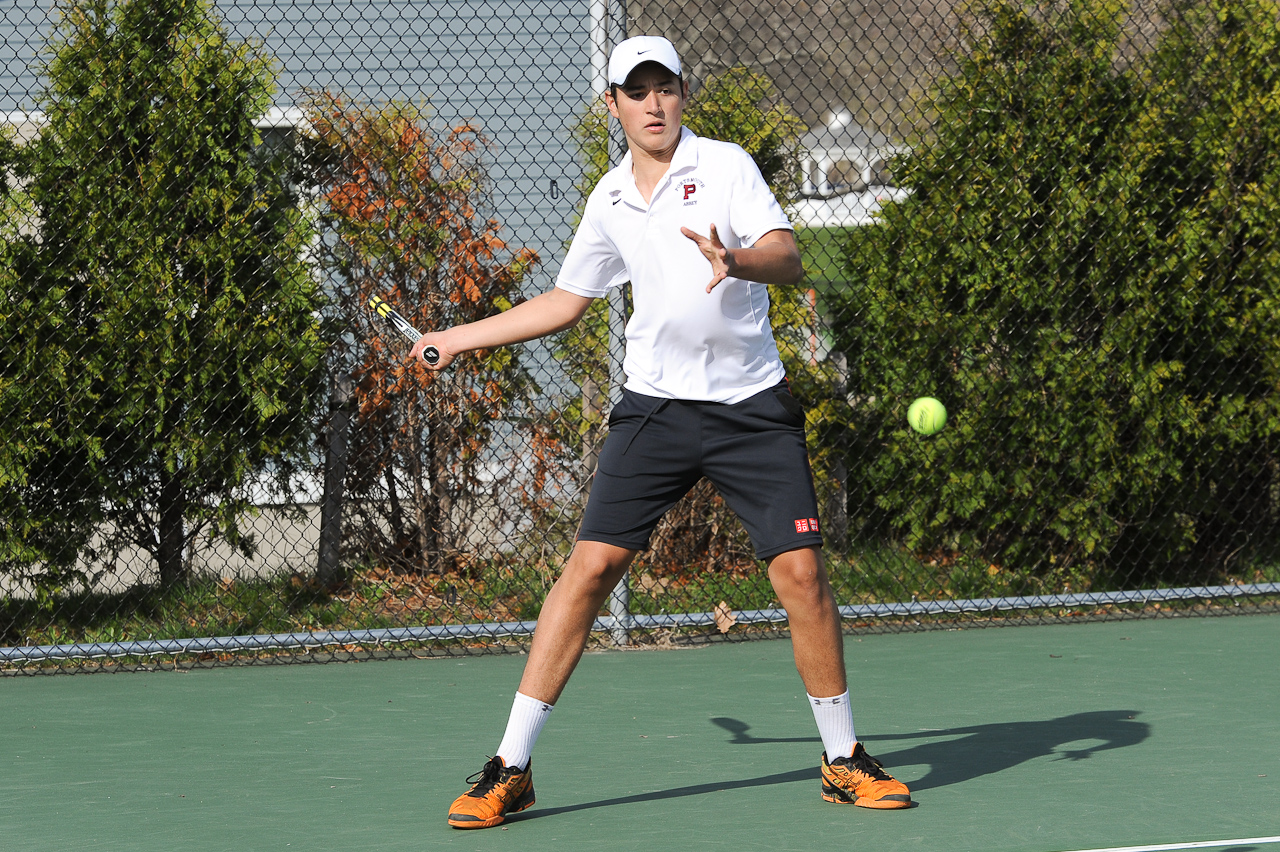 The varsity tennis program at Portsmouth Abbey School encourages students to reach their potential in the classroom as well as on the tennis court and fosters a healthy respect for coaches, officials, opponents, and the game itself. Because tennis demands both team stability and an individual commitment to hard, physical work, we train our athletes in both physical and mental aspects of the game. Practices are fast-paced and include many fitness, conditioning, and technical drills. We also encourage players to develop their overall athleticism by participating in other sports.